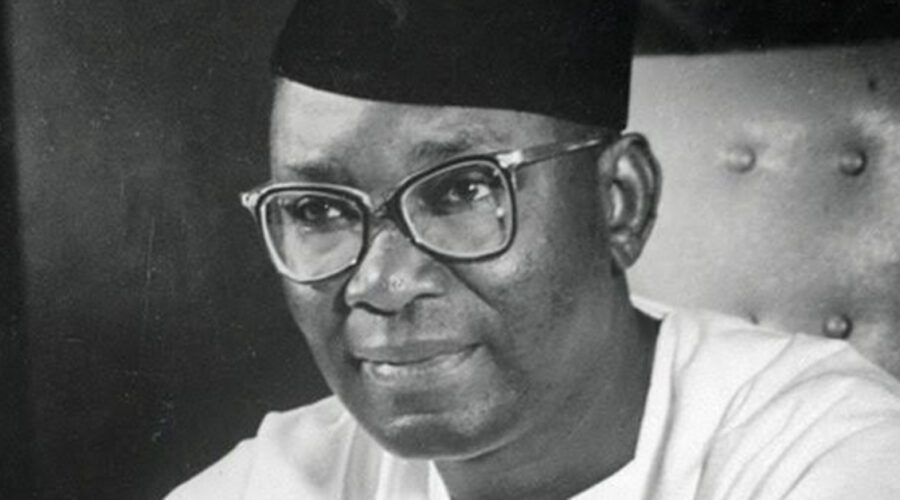 Who Was The First President Of Nigeria?

Who Was The First President of Nigeria?

Background and Early Life of The First President of Nigeria

Nnamdi Azikiwe was born in 1904 on 14th of November in Zungeru, a place in Northern Nigeria. Obed-Edom Chukwuemeka Azikiwe, his father, served in the British Administration of Nigeria as a clerk and he traveled extensively as his job required. Nnamdi Azikiwe’s mother was Rachel Chinwe Ogbenyeanu (Aghadiuno) Azikiwe who descended from a royal family in Onitsha. He had just one sibling whose name was Cecilia Eziamaka Arinze

Azikiwe’s father sent him to Onitsha when he was a young boy to go and live with his paternal grandmother so he could learn the Igbo language and culture. While there, he attended a Roman Catholic mission school called Holy Trinity School and an Anglican primary school called the Christ Church School.

Azikiwe went back to Onitsha in 1918 where he completed his secondary school at CMS Central School. Azikiwe’s tertiary education began at Hope Waddell Training College where he was exposed to the teachings of Marcus Garvey which was part of what influenced Azikiwe in his political career.

Azikiwe attended Storer College in Harpers Ferry, West Virginia, a two-year preparatory school before going on to Howard University in Washington, D.C. where he bagged a political science Bachelor’s degree in 1927.

In 1960, on October 16th, Azikiwe became governor-general. While Abubakar Tafawa Balewa was the prime minister. He became the first president of Nigeria after Nigeria came to be a republic in 1963.

In the military coup of 1966, Azikiwe was removed from office. After the coup, he was the most popular politician who escaped assassination. Azikiwe died at the age of 91 in 1996 on May 11 at the University of Nigeria Teaching Hospital after a battle with a long illness. He was buried in Onitsha.

This is not a full-blown biography of the first president of Nigeria, Nnamdi Azikiwe. He had a political history before becoming the first president of Nigeria. If you want to catch up on that, you can read it through the link I have provided. But for the sake of this article, I have mentioned some of the most important things you need to know about Azikiwe and I hope you enjoyed reading this article. For more updates, follow aroundabuja.com.