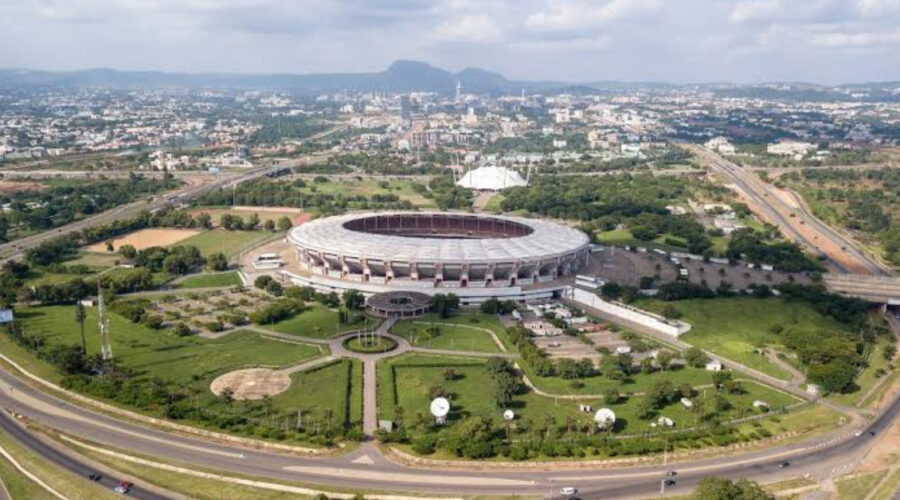 When Was Abuja National Stadium Built?

Do you want to learn about the Abuja National stadium? This article will tell you what you need to know. So keep reading and enjoy.

What Is The Abuja National Stadium?

In addition to being a home for the national football team, the stadium is also used for a variety of other things such as religious, social, and cultural events. The construction of the National Stadium complex and Games village was approved by the Nigerian Federal Government in 2000, july 18th.

They constructed the Abuja National Stadium to host the 8th All Africa Games that was going to take place in October 2003. And the name change from National Stadium, Abuja to Moshood Abiola National Stadium was announced by President Muhammadu Buhari on June 12, 2019. He announced this while delivering his Democracy day speech at Eagle Square in Abuja.

Moshood Abiola National Stadium is on the list of the 50 most expensive stadiums in the world. And it was built to fit 60,491 spectators.

When Was the Stadium Built?

Abuja National Stadium has quite the story behind it. Even though there were various stadiums in Nigeria, we still lacked one that met International standards. Despite not having such a stadium, Abuja, the capital city, was nevertheless selected in 2000 to be the host of the 8th All Africa Games.

That was when the Federal government of Nigeria came up with the construction of a multimillion-dollar ultra-modern stadium and games village. And it had to be completed in time for the sporting event happening in 2003.

Despite citizens and athletes having doubts that the stadium would ever be completed before it was time for the All Africa Games, the Federal Government went ahead to award a contract to the builders, Julius Berger Nigeria, on July 18, 2000. And the construction of the Abuja National Stadium commenced. The building of the stadium went smoothly and the main bowl was completed in April 2003, just in time for the All africa Games. The construction of the Games Village went on till August the same year.

The complex was officially commissioned on April 8, 2003. In the history of All Africa Games, the one that took place in Abuja that year happened to be the largest. 6000 athletes from 53 countries participated in 22 sports with 1200 officials watching. 1500 journalists reported the games which were held from the 4th to 18th of October 2003. Nigeria came out the leader of the games as they amassed 226 medals. From that time on, the stadium has had the confidence to host many other games, both local and international.

Facilities in The Abuja National Stadium

The Abuja National Stadium is a complex with several facilities. These include:

Abuja National national is known as Moshood Abiola National Stadium. The construction of the main bowl was completed in April 2003, the same month it was commissioned. The stadium is not only used for gaming and sports events but also for other religious, social, and cultural events such as concerts and religious conferences.

Did you enjoy reading this article? Don’t forget to follow aroundabuja.com for more updates about the city.