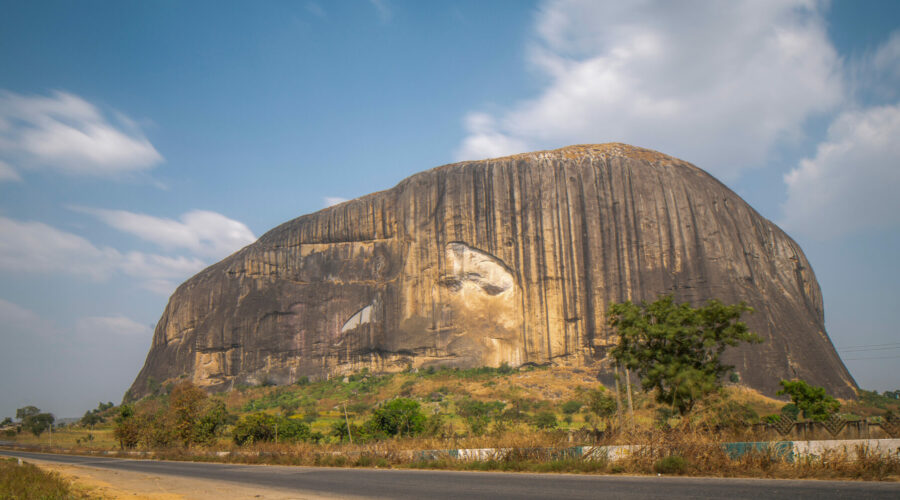 The Zuma rock is one of the largest rocks in Africa. It is a perfect example of what is referred to as an inselberg. Inselbergs are isolated rocks that rise abruptly from a plain.

The monolith is not exactly located in Abuja. But you can find it along the main road that goes from Abuja to Kaduna. People also refer to the rock as the “Gateway to Abuja from Suleja”.

History Of The Zuma Rock

According to what sources say, Zuma rock was first discovered by the Zuba people back in the 15th century. Making the rock more than 600 years old.

Some Hausa people found the place and started an expansion project in the area but they couldn’t rightly pronounce Zumwa. They pronounced it as Zuma and till today, that is the name that has stuck.

What Is The Size And Height Of Zuma Rock?

Zuma is an incredibly huge rock, the tallest In Nigeria. Buildings in Nigeria that you think are tall are nothing compared to the height of the Zuma rock. It stands at a height of about 725 meters( 2,379 feet). And it has a prominence of about 300 meters ( 980 feet).

The monolith has gathered quite the fame over the years, making it a well-known tourist attraction in Nigeria. It is free to visit the rock but climbing comes with a fee.

Does The Rock Really Have A Face?

Something that appears to look like a face can be seen on the rock but is it really a face? What people call a face are natural contours with features that make it look like there is a face on it.

In those days, and probably even now, they believed that the face-like features was the gods protecting the community.

Myths and Legends Surrounding The Rock

Zuma rock has some mythical stories around it. Natives have mentioned hearing a loud sound coming from the rock. They say it’s like the sound of a door opening and closing. And when this occurs, it means a prominent person has died. And the news soon circulates.

The natives also believe that the rock sits on some water source. So they assume that if the rock, for some reason, is destroyed or displaced, water that is enough to submerge the area would gush out of this source.

Does The Zuma Rock Really Catch Fire When It Rains?

It is said that between April and October when it rains, the top of the rock catches on fire. But whether this is true or not, no one really knows. It is said that a Nasarawa State University Lecturer who was a geologist tried to explain this phenomenon. According to the geologist, a piece of rock saturated by rainwater can become lubricated. So when it slides over the surface of another rock, it could start a fire.

Zuma rock is a beautiful tourist attraction site with some really interesting stories surrounding it. The age of the rock is not known but since it was discovered around 600 years ago, it is assumed that it is older than 600 years.

What do you find interesting about Zuma Rock. Let me know about it in the comment section.

If you enjoyed reading this article, also check out these previous posts you might have missed:

And keep following aroundabuja.com to know more about the city.

The fun things you can do in Abuja is endless. There are so many beautiful sights and places you can 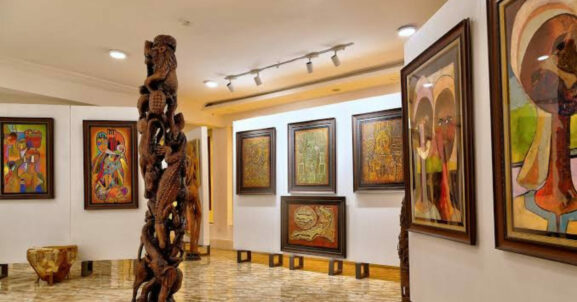 Orisun Art Gallery: Everything To Know

Art is essential for life. It makes life more colorful and enjoyable. So in this article, we will be taking