Is The Abuja Light Rail Functioning?

What Is The Abuja Light Rail?

It is popularly known as Abuja Light Rail, but it is also called Abuja Rail Mass Transit. The Abuja Light Rail is in the Federal Capital Territory and it is a local rail transport system. This rapid transit system is the first of its kind in Nigeria and in the whole of West Africa. It is also the second of its type that has been built in Sub-Saharan Africa. The first was Addis Ababa Light Rail.

The first phase of the Abuja Light Rail project runs through Abuja City Center, connecting it to Nnamdi Azikiwe International Airport and it stops at the Abuja-Kaduna Railway Station in Idu district.

The Abuja rapid transit opened for service on July 12, 2018, allowing passengers to use its three-trains-per-day service from the following week after launch.

History of the Abuja Light Rail

A plan for a regional or local rail system that serves Abuja began in 1997 but there was a delay due to insufficient or lack of funds. Then in May 2007, the contract for the construction of the first two phases, referred to as Lots 1 and 3, was awarded to the Nigerian branch of China Civil Engineering Construction Corporation Ltd (CCECC Nigeria).

The first phase is 42.5 kilometers and it has two lines and 12 stations. It opened in July 2018 and connects Abuja City Center with Nnamdi Azikiwe International Airport through the station in Idu known as the Lagos-Kano Standard Guage Railway.

The plan for the rail system was that it would be constructed in 6 phases, covering a 290KM network. And the cost of the whole project was projected at 824 million US dollars, constructed by China Civil Engineering Construction Corporation Ltd with 60% of the expense financed by loans from Exim Bank of China.

In the first phase which was commissioned in 2018, three stations opened in this phase although 12 stations were planned.

5 stations were planned for the Blue Line to travel through Idu to Kubwa. The stations are: Idu, Gwagwa, Deidei, Kagini, and Gbazango.

Operations of the Abuja Light Rail

When the service launched in 2018, the only operational sections were the Abuja Metro Station, the intermediate station at Idu, and the Airport. The other 9 stations were schedules to commence operations in 2020.

But in early 2020, as a result of COVID-19 pandemic, passenger service on the line was put on hold and has still not been back in operation as of the third quarter of 2022.

The Abuja Light Rail project was supposed to be a solution to the perennial transport problem in the Federal Capital Territory and other connecting cities and towns. But as it is now, the rail system is not adding any value to its citizens who are obviously still in need of a more efficient transport system.

To the question of whether the Abuja Light Rail is functioning, it is currently not and there are no updates whatsoever about its reopening. If you enjoyed this article, leave a comment in the comment section and tell us what you think. Also, follow aroundabuja.com for more updates. 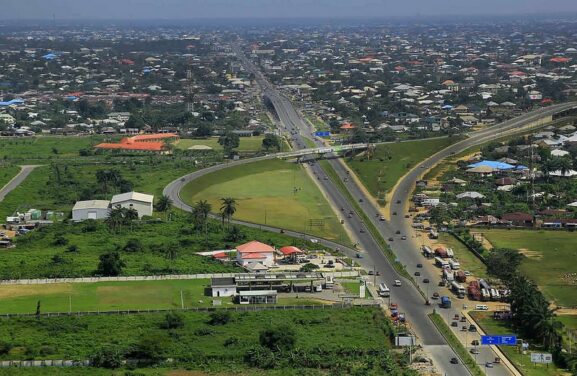 How Much is Abuja to Calabar by Road?

How much is Abuja to Calabar by road? Don’t go anywhere further, just read through to the end. Are you

Are you traveling from Abuja to Benin City by road? Then you don’t want to miss this article. Benin City