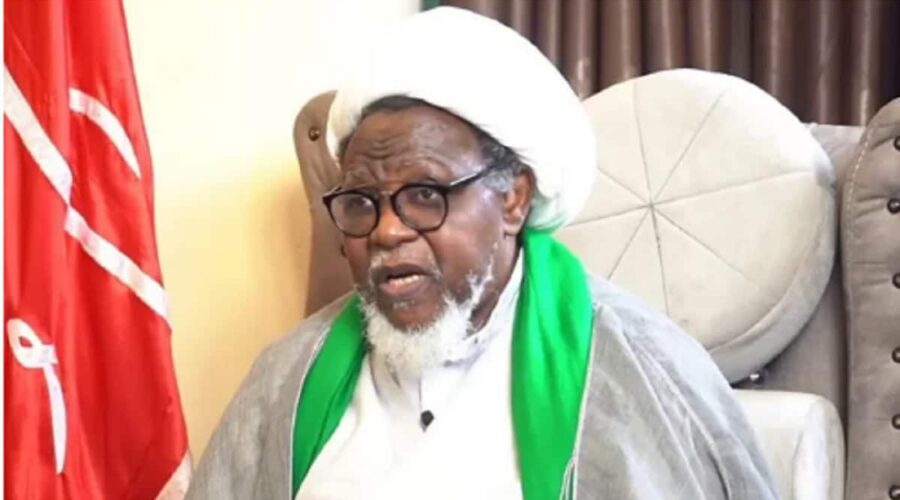 Ibraheem Yaqoub El-Zakzaky, often known as Ibrahim Zakzaky or Ibrahim Al-Zakzaky, was born in Nigeria on May 5, 1953. He is a well-known and vocal Shi’a leader in Nigeria who is currently incarcerated. [3] [4] He is the leader of the Nigerian Islamic Movement, which he founded while attending Ahmadu Bello University in the late 1970s. He started spreading Shia Islam around 1979, during the Iranian revolution, which saw the overthrow of the monarchy in Iran and the establishment of an Islamic republic under Ayatollah Khomeini. In Nigeria, Zakzaky thought it would be possible to build a republic with comparable religious ideals. Because of his many detentions for alleged acts of civil disobedience or recalcitrance during Nigeria’s military governments in the 1980s and 1990s, he continues to be regarded with suspicion.

The Nigerian Army invaded his Zaria home in December 2015, killing hundreds of his supporters while gravely hurting him. He has since been held in state custody in the capital of the country until his release, which was mandated in late 2016. In 2019, a Kaduna state court allowed him and his wife bail to travel for medical treatment overseas, but they returned from India after three days due to unjust treatment and stringent limitations by security personnel stationed at the hospital.

After 2055 days of unauthorized incarceration, or nearly six years, the Kaduna state higher court has ordered his immediate release. Up until this point, the DSS has refused to give him his travel authorizations for medical treatment.

Ibraheem Zakzaky was born in Zaria, Kaduna State, on May 5, 1953 (15 Sha’ban 1372 AH). He studied Arabic at the Provincial Arabic School in Zaria from 1969 to 1970, the School for Arabic Studies in Kano from 1971 to 1976, earning a “Grade II” Certificate, and Ahmadu Bello University (ABU), Zaria from 1976 to 1979, where he received a first-class bachelor’s degree in Economics. The institution refused him a degree because of his involvement with Islam. He participated in student Islamic unionism during his time in college, serving as secretary-general of the Muslim Students Society of Nigeria (MSSN) at the Main Campus (1977–78) and vice president (International Affairs) of the MSSN National Body in 1979.

He reportedly became so inspired by the 1979 Iranian Revolution that year that he yearned for one in his own country. Later, Zakzaky traveled to Iran and converted to Shiism. He rose to prominence at home as the head of the Nigerian Islamic Movement in the 1990s, using it as a platform for evangelization and membership growth. In a nation where there were previously very few Shia citizens, many have converted to Shia Islam as a result of his work.

YOU WILL ALSO LIKE: Sheikh Ibrahim Saleh Al-Hussaini Biography

Ibraheem Zakzaky leads spiritually the most significant Shi’a Muslim movement in Africa, the Islamic Movement in Nigeria (formerly known as Muslim Brothers). About half of Nigeria’s 180 million people are Muslims, with a small minority practicing Shi’a Islam. The objectives of the IMN are to “guarantee more severe implementation of Islamic legal and administrative systems… then finally to build an Islamic state in Nigeria,” according to Nnamdi Obasi, Senior Analyst on Nigeria at the International Crisis Group (ICG). Dr. Iqbal Siddiqui referred El-Zakzaky to as “the de facto leader of the Islamic Movement in Nigeria.”

At Arewa House in Kaduna on May 21, 2008, the Resource Forum of the Islamic Movement of Nigeria (IMN) hosted a symposium on “The Creation of the Illegal State of Israel.” Zakaky remarked:

We are in grief as Israel marks 60 years of occupying Palestinian territory because, in reality, the Israeli State was founded on terrorism, and no matter how long it has been held in hostage or oppressed, it will eventually fall into the hands of those who support it. Israel and her friends will undoubtedly fall.

Nigerian Army attacks against the movement

After a pro-Palestinian procession in Zaria on Friday, July 25, 2014, the Nigerian Army reportedly shot and killed 35 of Ibrahim Zakzaky’s supporters, including three of his sons. The Zaria Massacres and the Role of the Military report was released by the UK Islamic Human Rights Commission in October 2014.

In the 2015 Zaria massacre, in which the Nigerian Army massacred three of Sheikh al-remaining Zakzaky’s sons and hundreds of his supporters, he was hurt and jailed alongside his wife.

In the 2015 Zaria massacre, in which the Nigerian Army massacred three of Sheikh al-remaining Zakzaky’s sons and hundreds of his supporters, he was hurt and jailed alongside his wife.

Zakzaky, who had been held without charges at an undisclosed location since December 2015, made a brief public appearance on January 13 of this year, his first in two years, and was given permission to visit his doctor. Since the governments of Kaduna State and the federal government of Nigeria has imprisoned Zakzaky since 2014 due to criminal allegations, many of his supporters have demonstrated support for his release across the whole state. It was claimed that it was against federal law to hold Zakzaky for such a prolonged period of time without passing judgment.

For the hearing on the bail application, Zakzaky and his wife Zeenat travel to the Kaduna High Court on January 22, 2019. As they entered the court, operators who were heavily armed accompanied them.

In July 2019, hundreds of protesters gathered outside of government buildings to demand the release of Ibraheem el-Zakzaky. Police officers used gunfire and tear gas to try to disperse them. 40 demonstrators were detained by police and two persons were killed during the incident. Because el-Zakzaky suffered another stroke on Monday and needs to be taken abroad for urgent medical treatment, the Islamic Movement of Nigeria (IMN), a group of Nigeria’s minority Shia Muslims, vowed protests will continue until they win the release of Zakzaky.

The perceived injustice of an “immoral state encouraged Shia Muslims,” according to security analyst Abdullahi Murtala, and they will continue to demonstrate and show defiance toward the Buhari administration.

On July 22, a second incident involving the Nigerian police resulted in the deaths of many Shi’ites, policemen, and an NYSC-enrolled young reporter named Precious Owolabi. During the altercation, a deputy commissioner of police also perished.

Following a meeting with service chiefs over the altercation, the Muhammadu Buhari-led administration declared the cult an illegal movement in Nigeria.

He has nine kids from his marriage to Zeenah Ibraheem. Only three of his children—one son and two daughters—are still alive as of this writing. 2014’s Zaria Quds Day massacres resulted in the deaths of three of his sons. In the 2015 slaughter in Zaria, three further sons perished.